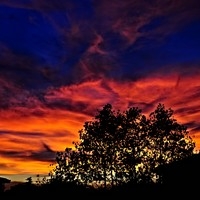 PROFILE "RESUME" (I'm not trying to be condescending, I'm trying to attract attention since the site has less users now. Also, I saw Thienien's page and it made sense. =p I apologize if I may come off as brash =/ ) :

~~~I am one of the Musicshake Legends, and it is a title I've been given as well as King of Rock by most all of my active fans. I became known across Musicshake for my rock songs, or I should say "Epics", due to their play lengths and fast-paced guitar solos/"movie-like" sound qualities. Nearly all of my rock songs are on the first few pages of the "Top Played/ Top Favorited Rock Songs" categories on the "Songs" tab above. Resulting from these songs, I've also been given the brand for "best rock/metal songs on site" by Jaydee123 and others (source, Submerge and Resurface). ~~~

I was sort-of mentored by who I consider to be the #1 of the "Musicshake Legends", 89Ford. What I consider to be two of my top 5 songs are dedications to him, and without his constructive criticism and support, I would not be here.

I specialize mainly in Rock/Metal, however I have multiple songs in my top 5 and top 10 that are Electronic, and I have been known to make extremely successful Trance songs.


NOTE: ANY SONG that doesn't have the default red "merry christmas" picture on it is one of my better or more creative songs on the lists below.


HERE ARE MY MOST EMOTIONAL/"EPIC" SONGS (not ordered by preference):


MY BEST ELECTRONIC SONGS (not in order):


MY MOST PLAYED SONG:

All of my fans and all of you that love music!!!

I'm sorry if I don't get to your songs, but trust me I want to listen. If you notice any activity from me and want me to listen to a song, go ahead and re-post any link you want and I'll give your songs a listen. Thanks =)

People of the Light