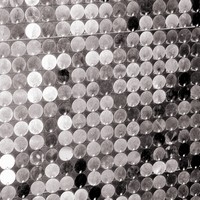 
The cerebral waves are a perfect example of interchange of synchromesh information that occurs in the quantum environment. But,what is exactly a cerebral wave? AND there is some report between the cerebral waves and the sound? The Greek mathematician Pythagoras went the first scientist that examined the nature of the sound and of the vibration. It believed with a notable intuition that everything the forms of matter of the universe broadcasts vibrations, from the more distant stars until the more tiny particles of the earth: ¨Alls theses sounds and vibrations form an universal harmony, in she who each element, if it follow having your own function and your own character, contributes to the ALL”. In the more poetic description of Pythagoras on the report between sound and matter, it said: “The stone is music frozen”

My desire of the heart:
That we can raise our conscience and unite each other in that vibration...

Recommendation: Using headphone in everything the songs. Thanks!

Worlds in the eyes!

A Song Of Love

I won't forget you!