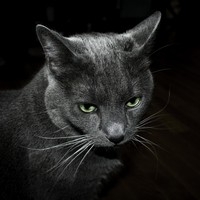 Excision (for dubstep) And DRAGONFORCE!!!! Along with: All that Remains, Killswitch Engage, Dope, Asking Alexandria, System of a Down, The Word Alive, Children of Bodom, As I lay Dying, Evanescence (just a bit), Haste of the Day, Disturbed, Ensiferum

K, going to dump some info on here:

Yo, it's Matt, the Deathcore lovin, MS returnin, scrub and nub Dragonsongz! I've been at this kind of music stuff for a few years now I suppose. I've been at ClubCreate, Looplabs, MS (here), a tiny bit of Audiotool and Soundation! I get around :D

Joined MS about 3 years ago, and couldn't quite shake it off since! (unintentional pun alert)

Obsessed with me? Please stop. But then head over to deviantArt to see more of me: http://biggesttailsfan.deviantart.com/ Please note before heading over there, expect to see:

Be surprised, I am an introvert (and darn proud).

Do I need to mention that I'm a dude? K.

Songs:
The Return
The Newest Beginnings
The Dark Phoenix
P.H.O.E.N.I.X.

Fourth Album: Mystic
The Realm Of The Dead
The Forest
Planetary Alignment
Brain
MORE TO BE ANNOUNCED LATER ON.

Fun Fact: My third album is technically my second album. It's confusing, I know.
Also: My musical tastes are far darker than anything you've seen on MS (or on my favorite artist's thing, which I should update). I like the dark things :D

The Realm Of The Dead

Trying For Fusion (DID)