Trying For Fusion (DID) created by Devnet83 8 years ago 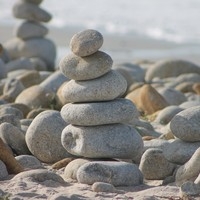 The struggle of persons with DID (Dissociative Identity Disorder, formerly called Multiple Personality Disorder) to INTEGRATE or FUSE their individual parts into an harmonious whole can be epic and tragic OR epic and triumphant, depending in part upon a really competent therapist and of course the determination of the patient. These persons have chronic or complex PTSD and usually an Axis II diagnosis of Borderline Personality Disorder as well.

It is incredibly hard to go through therapy and recover the memories of extreme and often bizarre trauma and abuse. What makes it so much the worse is the strong tendency of the media to portray persons suffering from DID as a joke (the TV series 'United States of Tara,' absolutely banned at the 4Lane Homesteading Project, is a good example of that!).

THERE IS NO JOKE ABOUT ANYONE WHO LIVES THROUGH THAT DEGREE OF TRAUMA. What the human mind does to cope with horror beyond endurance is a testimony to the resiliency of the human spirit - people who come up through it and survive with their humanity intact deserve to be honored, not mocked! ~ Devnet.

Oswego Intrigue I: The Existen...

I'm Not Confused, Yo.