The Realm Of The Dead created by dragonsongz 8 years ago 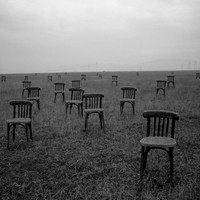 The forerunner of my conseptualish album, Mystic. The premise is just songs with strange/interesting names and hopefully reflective instrumentation. This song is kinda my own creation. I'll explain:

Many have different theories or thoughts on what happens when we die. Some believe in a Heaven or Hell, others, some kind of eternal purgatory. Although, my "interpretation" isn't meant to be some kind of theory. It's actually a special thing I came up with in my fanfiction. It's basically an underworld; but completely peaceful. No torture, no destruction, no real unhappiness. It's basically life on a different world. The ruler of this world is a representation of death, named Death; a grey, somewhat transparent dragon that doesn't do much.

Now, I kinda don't like how it turned out; it's the first real time in a while that I've worked in 140bpm. It's got a lot in the high frequencies, so don't turn up the volume too much ^^'