Upon This Rock created by ProjectX 8 years ago 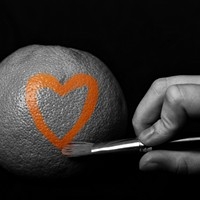 PLEASE READ ALL BELOW! VERY INPORTANT!

WARNING! If you decide to fall asleep while listening, you will be woken up. You have been warned. I also advise that you listen to the entire song and not skip, for every part of this song has meaning to it.

This song was made in dedication to Pendo, her real name being Angelic. She passed away on the 21st of April around the time of 12:45p.m. No one really knew about her so this…is the story of my time spent with Angelic!

(There is some information that I have to keep confidential only because its respect for the family and so people don’t try and make a huge deal out of it all. Thank you for understanding).

I first met Angelic sometime at the end of February and I saw her talking to our great friend Oeroe. She seemed frightened by who he was and so realizing this, I decided to talk to her separately. I ensured her that the people on MusicShake had no intention of making her feel uncomfortable, but only to become friends and welcome her into the MusicShake community. Still suspicious of my words and uncertain if I was being serious, she reluctantly agreed to become friends with the both of us, however she was still a little scared of Oeroe because of his age. She then asked me questions on how MusicShake works and what happens when you are in a battle. I helped her understand and answered any questions she had. Days passed by and we were always talking, she would mention that she was bored and wanted to talk. She always wanted to talk, she always had something to say. Angelic told me that she was very religious (Catholic if I remember correctly) so there were some things that we shared. She also told me that whenever she was stressed, she would meditate. This helped her stay clam and get through the day with a smile. One of the best things she ever did to me was make me look stupid. She would come up with crazy scenarios and not realizing it, I would fall for them. When I got confused or didn’t understand what was going on, she would tell me that all she said wasn’t true or that she was joking. I couldn’t believe it! I couldn’t believe that I got out-smarted by a 10-year-old girl.

When Angelic was young, she had a great loving relationship with her “real” father, but unfortunately, one day she got into a horrific car accident that killed her father. She miraculously survived, but death isn’t always so forgiving. With the accident came major consequences, which resulted in her seeing the “shadow man”. The “Shadow man” was really a hallucination of her father in another world. This is because she had such a inseparable connection with her real father, she always wishes that it had been her to die in the accident and not him because now, she is living this alternate life where her “shadow father” instructs her to do things that we would consider “Insane”. Angelic also had a not-so-commonly-know disease know as “Trichotillomania”. For those who don’t know, this disease is an impulse disorder that causes someone to pull out their own hair (in all places) and it’s very difficult to treat.

She told me that she had a brother named Israel and that he was on his way home for her birthday. He had come home earlier than expected and then I finally got to meet him. During our conversation we had a bit of a disagreement. Israel and Angelic had a bad history in the past, and I did what I could to fix it. I don’t know what happened but Angelic told me that he realized that his actions were rude and he wanted forgiveness. I accepted his apology and he was forgiven…Angelic said that she thinks all he needed was someone older to talk to, to keep him in line. I then talked with him and he told me his side of the story between him and Angelic after the accident. After listening to his story, I really didn’t know what to think but I knew that these two needed my help and so I offered my skills to help them become closer and loving siblings. With a little bit of persuasion, we agreed on a few terms and from then on, everyday, Angelic and Israel would try to become closer as a family. I checked on the constantly, telling both of them to keep me updated on what the other is doing and if they need any help to come to me and we would sort it out.

In the following weeks we talked everyday about what type of music she liked, the things she did for her birthday and so on. I realized that we had even more in common then I thought. She loved to sing, draw, and make music as well as other things. She had a favorite band that she liked to listen to, and that group was R5. That is there name because there is 5 members, 4 of them are siblings and 1 is there best friend, all their names starting with the letter “R”. The next day, we started off our conversation with her looking like a clown because she allowed her little sister Michelle to put lip-gloss on. On the day of her birthday, she was the happiest I had ever seen her. She described to me all of the places she went and the things she was able to do. A few days go by and we kept talking like we normally did, until one day she suddenly started to say some strange things and I didn’t know what to do. She told me she was going to kill herself and that was the last I had heard from her. A week or so goes by and I still haven’t heard anything. One day, Israel reply’s telling me that she is alright and that their computer crashed, resulting in the days without contact. A few days after that….well…it came the day that you all know to be the day she died.

On Saturday, April 4 my Grandma passed away at around 12:30p.m. This was detrimental to my family and me as well. I was the only one who didn’t shed a tear when she died, that is because I had already prepared myself, I knew that it was coming and I knew that it will eventually happen to all of us one day. The only person that kept me from losing my mind was Angelic. She knew nothing about my grandma but it was her high spirits and energetic comments about what she was doing and how her day was that kept me happy in the time of misery. Angelic was very special to me. In a time of sorrow and distress, she brought me happiness. It was as if she was my younger sister, a sister that I loved and cared for. A little sister that I would go to when she needed help…a little sister that would come to me when I needed help. She meant something more to me than anyone could ever imagine. After Angelic died, it was like I lost not only another member of my family, a piece of my sanity, my heart and soul that could not be replaced no matter how hard you try. It kills me to know that two people who I both loved and enjoyed being around could just exit my life in a single moment.

What do you do when your life is consumed by absolute loss? Some of us don’t even care to think about this question nor do we take into account that maybe the person right next to you or that slow driver on the freeway just dealt with a tragic event and you step all over their face without giving it a second thought. We all go through sadness at some point in our lives, but for some of us that sadness lead into depression and then a handful of us loose ourselves and become lost inside.
Suicide is something I have tried a few times, not to see what it would be like but because I had moments in my life where I thought my own life meant nothing to me or anyone else. For those of you who have never tried Suicide…PLEASE don’t try it. It is honestly one of the worst experiences you will have and if you try it just to say your have done it then shame on you! Death is not something you should take lightly. Live a faithful and fulfilled life, full of happiness and wonders that carry you to the end of days.

This song was inspired by:

If you look up each one of these songs, listen and/or read the lyrics, they all have to do with death and suicide. Except for “Beneath The Skin” and “Fallen Angel”, however, the song “Beneath The Skin” best describes what Angelic’s life, through her eyes, was like. Here are some lyrics from the song:

“…NO ONE KNOWS ALL THE WEIGHT THAT SHE HOLDS WHEN SHE FEELS ALONE. THE MEMORIES THEY HAUNT HER! NO ONE SEES ALL THE PAIN SHE BRINGS EVERYWHERE SHE GOES! IT FEELS LIKE THEY’LL NEVER WANT HER! ALL SHE WANTS IS SOMEONE TO NOTICE HER! SO SICK OF FEELING INVISIBLE! ALL SHE NEEDS IS SOMEONE TO CARE, IF ONLY THEY CAN SEE THAT SHE’S INCREDIBLE!”.

This has been my story of my time spent with Angelic. If anything I hope you read and listened to the song. All I ask is that when you feel angry at someone or trying to get home before everyone (as if it really matters), you take another look at yourself and then think about your actions towards that person who is probably not having as great of a day as you are. Also if you can please visit Bree on Pendo’s profile and listen to the music they created or become a fan, you would be doing both me, Bree and Angelic’s brother a great favor!

Thank you and I really hope you read the story! Enjoy the song!^^

We Will Rise Again

From Me To You