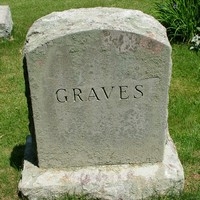 (The song doesn't start until the end of this dialogue)
"MWUHAHAHAHAHA! Welcome to Purgatory, young Kuo! Wow look at those misty purple eyes of yours! And your hair as white as I snow! Since you're paying attention, it would be good to assume," he paused.
"You're not too far gone," the skeleton mumbled.
"Well, let me introduce myself. My name is Zakurr. You must be wondering what you're doing here, yes? Well you see, you died earlier than predicted, so we thought the best way for us to deal with you, was to bring you here. Vazriel here will deal with you here. Come Come." Kuo walked toward Vazriel. "Hello, boy. I have a many things for you to do here, but unfortunately for you, we just lost someone. You look like you'd replace them quite well. Now I gotta deal to make with you, so keep this on the down low. Heheheheheh, I'll let you do whatever you want back on earth if you," Kuo interrupts him. "Earth?" Kuo says. "Yes, you can do what you want if you," Vazriel whispered in Kuo's ear.
Kuo nodded. Vazriel snapped his fingers, and in an instant, Kuo wore a black raggedy robe. Vazriel made a scythe out of thin air and handed it to Kuo. "Enjoy being... a.. umm... what's it called... Oh yes! A... Nechromancer-r-r" The voice faded and Kuo snapped back to reality. He was running. He was almost there. But where? Where, indeed.
(The song starts now)

Her Name is Silver