I am Nothing Without You created by 89Ford 10 years ago 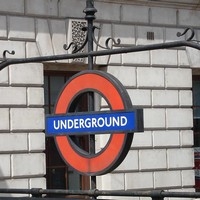 I dunno where to begin...

2010.. I tried to youtube.. didnt stick out as much as I thought I would. I dunno if the People liked hearing the music.

2011.. hey more youtube stuff.. oh wow.. I really got that much money from yall? and I cant even use it lol. epic nice =D sitting there just laughing at me. oh well.. I use this site for music use anyways right? maybe when there is something worth retiring with I'll withdraw it. =D

Not to be Famous