Love, Guardian of Faith ~光の思い出 created by DarkStar1O9 8 years ago 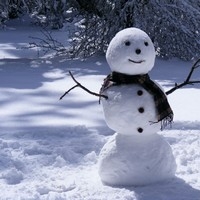 Hey everyone after a 5 month period here is the final track of my 1st CD, titled "Lost In Time". It has been quite a journey and I thank you all for your encouragement and support. This piece in particular is an idea I had in mind for a while that ended up being a composition inspired from some of the Touhou themes originally composed by ZUN, it's awesome music if you haven't heard it already and if you are familiar with that game maybe you'll recognize some of themes that this song was adapted from.

For the future I'll definitely be playing more, and also in music developing some music game charts sometime within the next few months for a new rhythm game called osu!mania using some of my own compositions and piano arrangements, I also plan to be preparing/editing some more learning material soon in midi format for Synthesia for those who want to learn more or get a better idea of the music I've been playing, and enjoy the rest of the weekend!