Peter I The Great created by CaptainFlint 11 years ago 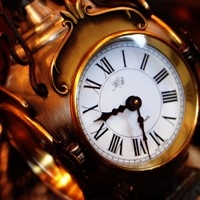 One of Russia’s greatest statesman, Peter I the Great (1672-1725 ) – the Tsar and first Emperor of Russia - was a man of unwavering willpower, extraordinary energy and supreme vision. Having inherited a vast but backward state, he propelled Russia to the rank of a major European power, while his extraordinary personality and wide scale reforms have been an inspiration to generations of historians, writers and ordinary Russians.Peter understood human nature and was especially able to recognize talent in a person, whether rich or poor. He also had potential for cruelty and was an enlightened despot.He demanded much from others, but he was demanding to yourself first. Personally learned to build military ships in the shipyards of Holland and England. Personally studied naval science from successful British Admiral Benbow.
Peter was especially interested in military strategies and navigation. One of his main concerns was to gain Russian access to the Baltic and the Black Sea. He actually created a navy and army from the scratch, which could lead a successful military operations. He personally was involved in four wars with Tatars, Swedes, Turks, and Persians in which he emerged victorious. He built a new capital and the first Russian naval port St.Petersburg in 1703. One day in early 1725, in Finland, some Russian soldiers fell into an icy river and were drowning. Peter, being the heroic type, jumped in to save them, and contracted hypothermia in the process. Never really recovering from it, he died in St. Petersburg. . . Remix of my old DancingBear's "St.Petersburg" song.

Under The Pirate Flag