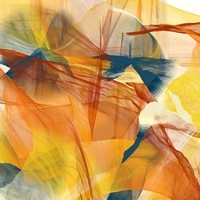 Fans: 32
Songs: 14
Songs in charts: 2
Shout out to KayKreates for becoming my 20th fan!
I love the show full metal alchemist brotherhood. Its so FUNNY!

Ed: Who are you calling a pipsqueak midget who can't even go to the beach because he's so small he'll sink into the sand and then when the tide comes in he doesn't even stinking need to worry about drowning cuz he's so microscopic he can breathe the oxygen out of pure water?!?!
Al: No one said anything like that brother!

So I learned yesterday that I have combined A.D.H.D. and well It doesnt bother me actually. i actually love wiggliing around and being hyper, but my mom HATES it. lol She can't stand it when a shake my leg constantly. So now I gotta take medicine for it like my dad.

I think there should be a photo gallary at ms. I think that would be really cool. I mean i LOVE looking at peoples avatars and song album covers. Just thought that would be cool.

seriously?! when are we ever going to need to know this?!


Psa 100:1 A Psalm of Thanksgiving. Make a joyful shout to the LORD, all you lands!
Psa 100:2 Serve the LORD with gladness; Come before His presence with singing.
Psa 100:3 Know that the LORD, He [is] God; [It is] He [who] has made us, and not we ourselves; [fn] [We are] His people and the sheep of His pasture.
Psa 100:4 Enter into His gates with thanksgiving, [And] into His courts with praise. Be thankful to Him, [and] bless His name.
Psa 100:5 For the LORD [is] good; His mercy [is] everlasting, And His truth [endures] to all generations.

My most favorite chapter of the book of psalms

Thought this would be a good passage for thanksgiving. (mmmmm pumpkin pie)

Ballad Of The Swan

A Sadness I Can't Bear

Kick Up Your Heels

Touched By An Angel

Get Scared For Halloween

My secret admire got ours infl...

My secret admire waiting for m...

My secret admire loves me unco...
Add your comment