Song Of Freedom created by Bantha 11 years ago 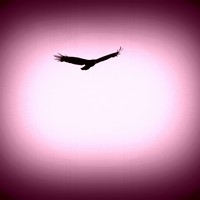 A 2011 study by the National Assessment of Educational Progress found only 35 percent of fourth-graders knew the purpose of the Declaration of Independence. A 2010 poll by the nonprofit Marist Institute for Public Opinion found that 26 percent of those surveyed — including 32 percent of Southerners — did not know the U.S. achieved its independence from Great Britain.

Two-hundred-thirty-six years ago, a group of 56 men, as representatives of their respective colonies, put their names to a document declaring their freedom and independence.

Hope you all enjoy Independence Day. Remember its true meaning, and the sacrifices of those who helped created and sustain it on a daily basis.

Music's great, fireworks are great. But we need to remember why we have all this.

Loved By The Sun

Spirit in the Sky