A Farewell To Michael created by Thienien 10 years ago 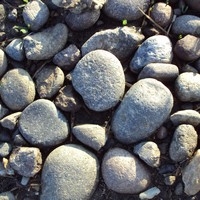 This a True Dedication To Michael Jackson. My Best friend, Role Model, and my inspiration to continue living. He was so kind and meek to everyone despite how harshly he was being treated by the Illuminati. So gentle he was in his voice. My body and mind would just BURST into flames when i think of all the times he was mistreated. He was a living angel, a true follower of Gods word and the only man who could make me have a heart attack just because he laughed in such a silly manner Lmfao. I always would think God is so proud of Michael Jackson he was amazed at what he had created; but god did not make Michael he made it possible for such a great man to be born. A man who would show the world that kind people, Meek People, and Good natured People can Endure ANY trial under the protection of God. Michael was the most humble man i knew. I struggle day in and day out to mimic his actions. I may be a dancer but i don't even attempt any of his moves lol. I leave those to him as his trademark. But ever since he died that's when I sank like the titanic and i almost gave up on Life. Every time i'd see his face and just would want to stab myself because he was gone. but i'd laugh and cry instead cause Michael's laughter is the greatest cry of Joy i ever heard. This laughter will keep bouncing around in my mind forever to keep me going.

Life to Paradise on Earth And Harmony