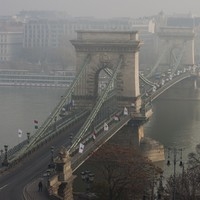 The Dark ages of music arrived silently in the night in the late 80's!People were awash in great music at the time and having to much fun to notice what the greedy record labels and MTV were up to. It was not only wall street the was corrupted by greed selfishness,but all of Americas corporations.The Record labels and MTV's joint venture in the early 90's to destroy Rock and the artist of the era was more successful then they ever could imagine.Like a thief in the night good music was swept away replaced with pure Corp Garbage designed to manipulate the spending patterns of the youth of the world!In a few short years all but a few of what were once musical gods were gone.

Simply motivated by their greed and the need to placate the root of all evil the faceless stock holder. They no longer wanted to share the profits with the artist that had fought so long to get paid for their work.They wanted to revert back to the early days of Rock. When the label completely controlled the artist. When they could steal the rights to an artist music without fear of repercussion and they told the artist what to sing,where to go, how to act. Don't think just do.When they would make 95 percent of the profits and share very little with the artist!

! No longer would the music be driven by talented artist and a free audience to pick and choose the type of music they like! Now they would tell the coming generations what music was good and what to like.The audiences choices of music and style would now be very limited.

{Previously musical style and taste would change completely approximately every 8 to 10 years! Like the changing of the guard with each new generation!}

Have you ever wondered why you are still listening to almost the exact same crap that you were listening to from the mid 90'S minus grunge rock.( Well I guess you could say all rock!) Its all pop, Rap and hip hop!No divergence in music style no originality in form! It is all straight up formula based music that the Artist( If you can even call them that still)are not allowed to deviate from!

Anybody who could almost Fashizal a word of English and looked pretty Could now be made a pop star guided by the labels! Nepotism would run rampant just as it was in Hollywood!Talent was no longer a obstacle to stardom. So many wasted years of pure garbage fed to the youth of the world.)

All the new generation cared about was pimpin and ho'en! Bitches this homees that, putting a cap in your ass!Then blaming mom and dad for everything.Generation Jack Ass had arrived. Yo,Know what I'm saying dog. Aww'ight peace out! LOL LOL So sad how effective the dumbing down of America was!Anyways their is more to it but I wish to neither bore you or argue the point with you. With the new generation being so easily manipulated and controlled their was no longer an audience for musicians to perform for.They say you can't kill Rock and Roll! Well I am here to tell you that is a lie! They can and they did.

But enough bitch'en can't change what was, only what will be. Now with the advent of new technologies it is possible to reach the masses with real music again!

This is a new and interesting way to create music. Reminds me of Disco when a lot of music producers became the Artist! So it should be quite a surprise what type of music I come up with. I doubt it will resemble what I use to record! But good music is good music no matter what genera are label they put on it!

Favorite Music Shakers song of the week "Flickering Life" by Flickermouse! It's been buzzing through my head the last few days. Something to finally get " Get Tweekerman " Out of my head! LOL

Also I don't want to forget my awesome supporters here and Music Shake! You guys are the best! ROCK ON!
Scorpius

Update---
Due to the events that have transpired here. I have decided to limit my activity on this web site! The way the community has behaved in allowing 89Ford to terrorize Flickermouse is abominable. There is no excuse for it and the people here should be ashamed of themselves! I realize that music shake does not get involved with arguments between community members. But the fact that they made the ban button in response to 89Fords horrific behavior says in itself that what has transpired is more then a argument! 89Ford has went far beyond just being a arrogant self absorbed petty hurtful child. His constant attacks on Flickermous through the use of the forums the battle pages and his use of mule accounts verge on the behavior of a psychopath! I can not think of anyplace on the web that would allow any person to rape another persons character and use threats of violence against another person and constant almost daily verbal abuse go unpunished and without sanction! but that has been the case here at Music Shake! I once I told Flickermouse she should just leave it was not worth the abuse from that sick person and other individuals that support his behavior.I realize now how selfish i was being. I was wrong and she was right ! Nobody should be allowed to chase anybody off and prohibit there musical expression! . After years of 89Fords constant abuse schemes and plots to discredit her. She still stands like a stone wall, unwavered in her convictions!. For that i am not only amazed but honored that I could call her friend.For those of you who believe 89Fords lies, I pity you for you have been manipulated and used! Most of you do not have all the facts and all you have listened to is 89fords lies and manipulations. He is a despicable human being without honor or any moral character what so ever. He attacks women and children without conscience, He is like most bully's he only attacks those he thinks that are weaker then him. Problem for him is when he attacked flickermouse he found out quickly she was not a weak little girl! But a girl with the heart of a lion,. where she took everything he could throw at her! Then stomped him to the ground! He and his cohorts slithered away ! But they have spent the last 3 years attacking her and plotting and planning her demise. The have enlisted many naive children in their constant war on her! but through it all she has stood strong never wavered in her idealism and the fact that she knows if she were to leave that 89Ford would then be allowed to turn his attention back to the many children on this web sight and start his war against them all over again trying to somehow in his mind obtain the title king of music shake! Thus putting a end to individual freedom to make music here and to be herd by others! A return to the dark days of Music Shake before Flickermouses arrival her great sacrifice to set Shakers free of 89Fords and the other overlords musical tyranny!
Flickermouse I know you have asked me not to ever get involved in this fiasco and I have no wish to do so. But I felt the need to at least honor you for the sacrifices you have made for the children of this community. You are a true hero! For even when the very people that you have stayed her to protect attack you out of ignorance. You have never wavered in your constant battle to protect them and there rights!. through the constant manipulation and perversion of the history, and the facts of these events that have transpired here by those that seek to discredit you. You still stand like a beacon of hope and shining light for those who wish to express themselves musically without fear of attacks on there person or their music! You have done it with the support of few and without any help from Music Shake what so ever. That alone is amazing. So I wanted you to know that you are hero to many and to me, because you have shown me that doing the right thing is never easy! If it was everybody would do it. But if one person takes a stand and is willing to make great sacrifices they can and will make a difference for many. You are the definition of what a hero is Flickermouse! You are my hero! May you never waver or fall , but if you do I wanted to let you know that thanks to your courage and sacrifice I and others will be here to catch you!if the world had more people like you it would truly be a garden of Eden and Evil would not run so rampant as it does.Today I honor you Flickermouse for your sacrifice and your service to the musical community! Long live Flickermouse A hero a human being and my friend!