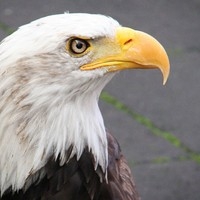 Due to the Constant abuse and harassment that I have been forced to suffer here everyday of my years tenure! from 89Ford his, slanders, personal attacks and blatant impersonations of me in full violation of community policy! For which Music Shake has turned a blind eye to! I will no longer post any of the songs I make! You have had more then one opportunity to put a stop to his behavior ! Instead you chose to support it! His constant Harassing everybody that he feels is a threat to his false boosting domination of the charts!

For those of you who seem to think I am no longer here or that i no longer make music here! so that somehow makes me less of a community member then you,! You are wrong ! whats new.! I have never left nor have I ever stopped making music! I have easily over150 songs in my catalog of music ! I just don't post them because i care about the ,music community as a whole and wish to keep it out of crumbling into utter chaos! These events I speak of here happened following two years of 89Fords abuse on a daily basis !and after the truth had been revealed about 89Ford to the world, We thought it was over the dark days had finally ended ! The king of lies exposed defeated had slithered off in shame! So we thought! Finally some much need peace and vacation! after a 4 month hiatus I came back thinking it was finally all over ! Boy was I wrong! In my absence 89Ford had prepared a new army of mule accounts and had recruited and brain washed a bunch of new music shakers mainly children and started his lies all over! trying to rebuild his house of cards! It was like the first time he attacked me all over again but worse! he wanted to leave nothing to chance! This is when we started to realize how deep 89Fords Psychosis really was! He did not learn anything from his fall from grace to disgrace all of his boosting of songs and harassment of other music shake members exposed The fact that everything about him was a lie from his age to his family a complete fantasy made up into this fake image! but so disgraced was he his need for revenge burned much hotter! No he learned nothing from his disgrace! I always told him right is right and a lie is still a lie no matter how many times you tell it But he figures if you tell it long enough and loud enough people will start to believe it! well unfortunately he is right to some extent! people are lazy and dont want to make a effort to find out the truth so its easier to believe a lie!

For those of you who are new, who thank you know me or this places history! because you have herd through word of mouth! you don't and you have no idea of the Chaos psychotic enraged sick arrogant self serving ego maniac like 89 Ford can wreak on this this place!!Especially when he had been allowed to do it for so long! You don't know what can happen when he loses his mind and like captain Ahab can't see or do anything else but Focus with tunnel vision on the destruction of his great white whale! You may find that humorous but let me assure you it is not and it is very ugly! The last time I posted real song on here which actually was quite a exceptional song called "I stand alone" those shakers who were here then can tell you that is was a very popular song. They also can tell you That 89Ford lost his mind the day i posted it! He went on a war path of destruction all across music shale over 80 battle pages he posted all filled with hate and slander! then he proceeded to move all across Music Shake on everybody's pages hate and slander! the Forums he filled with so much hate Music shake took them down! He made songs impersonating me! He made songs that were vile and disgusting speaking horrible things about me! But most disturbing was when he then started making songs where he threatened violence against me threatened to stab me shoot me kill me!

Well just as my friend DBL predicted my dear friend who was so horribly and wrongfully attacked and abused for his defense of me by small minded ignorant individuals! Who could not see everything Dirtbaglife said was true and did come to pass! Within a week 89Ford with the help of his MULE Thenien Launched a all out war of verbal assaults and slander all over the forums against me ! So much for his word of Honor! I already knew he had none! He had done this several times before! The community Peace Corp did just like DirtBagLife predicted ! They did nothing and turned there backs on me and and crawled away never to be herd from again! They did nothing to honor there promise that if 89Ford ever raised his head and attacked me that they would come down on him hard and he would no longer be welcomed in the community! They did nothing to sanction his outright betrayal and complete lack of disrespect for the community!

So with no fear of reprisal from the community nor MS He then started impersonating music shake himself which just proved everything I had said and proven on several occasions about his boosting was true. He even admitted in the forums one time that everything i said was true then recanted it later !
!

So he got so bad in the forums Music Shake just took out the forums! I had become so disgusted that i pulled the song off and just deleted it Just so people could get back to making music! At that point I realized i would never be allowed to post my music on music shake again! If I did the King would lose his mind and once again slash and burn this web-sight ! It was more important to me that the children be able to continue to make music in peace un harmed by the actions of one mentally ill individual! So I stopped posting My songs!


So for you jerks who like to make comments that I dont make music here or post songs here! that i dont have any right to be here! You are wrong! I have every right to be here!I earned the right to be here! IBut I am not here so ignorant hateful children like blanktown can sit and talk abuse to me about things he knows shit about !. since they were not here for the actual events that took place !

i am the very reason he gets to make his music in peace blanktown ! You know nothing of all the hate, lies and slander that i was forced to suffer everyday here !

Anyhow for those of you who always ask why I do not make music? the answer is i do make music still! I am just am not allowed the same privileges as you are to post my music. For fear of what 89Ford is capable of doing in his madness! But I do take heart in the fact that I am the last person 89Ford ever will be able to do this to!
Here are just a few but by no means all of 89Ford;s - goons and mules and stupid tools!
Rb2k---blanktown---Legestad48---peregrinus48--- kisario ----ddaftdaan---Thienien---Gladsome---satan---- Puda