Revenge on J.: Nasty Gets Pwned! created by Devnet83 8 years ago 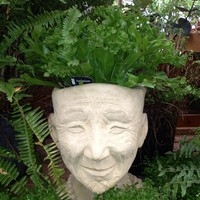 Amity's brother J. has over decades mistreated her severely. Today he wants his entire ginormous vinyl record collection delivered to his home by 4 PM. We were up half the night moving it, hiked down here to post him an e-mail confirming it & I wrote this song on our "break" - then we head on up, take a wee sip of vodka, and work again.

Well, Amity phrased it this way - I am using her text (from her e-mail to him) with her permission here...

I've reflected thus on the nature of vengeance: that it need not be lethal, but that whether it ends up sending the 'victim' into gales of laughter or a fit of apoplectic fury depends upon the individual thus pranked + pwned. Mom certainly had her darker side, but as she aged, that side grew less strong. Yours has too, only to a degree: you are still a dangerous person, but so was Dad until his dying day; so is Ciaran. But all three of you grew or have grown somewhat less so over the years. (But only somewhat.)

My darker side, on the other hand, has grown stronger over time. My sense of mischief has not: it remains fey. And the fey are not friendly. They tend to be vengeful. They hold grudges. But they have a wicked sense of humor.

Thus, my vendetta upon you for very numerous wrongs of yore does not involve C4 or a backpack nuke (I couldn't afford any Plutonium-239 or Enriched Uranium Ore with my budget so tight; plus there's the DHS to deal with; they're a pain). It doesn't involve a gun or a sword-cane (shilalleigh).

It involves (I am now evincing a wicked stare, eyes ablaze) DISORDER: CHAOS. Like with the clocks and Mom - only YOU will NOT find it funny!!!

I have said your records will NOT be returned to you in alphabetical order. That's, erm, a slight understatement…….

There's the task of getting the records into the pick-up area for Mark to do his part (for which he is being paid handsomely, I might add; as are Dev & Trish; overall I'm shelling out way more than the total of what you paid out for the 3 power bills, but what the hey, part of the work's on the house itself to get to them); that task fell to Devnet and myself, and it is hard work - especially with the, ahhm, added task, which was, I admit Dev's own beautifully evil idea...

The kicker: Your records are safe and sound. But if you valued your precious SPECIAL CUSTOM FILING SYSTEM, your vaunted PRECISE ORDER, in music categories and all, I certainly hope you REMEMBER it after 15 years or that you wrote it down. Because if you DIDN'T…all I can say (pseudo-regretful head shake) is that YOU WILL NEVER KNOW IT AGAIN!!! You'll have to invent a brand new one!

And I'm going to snicker nastily every time I look at my old iPod (someone stole my newer one) and see the "Shuffle Music" option offered. After all: we have done exactly that, Dev and I: SHUFFLE MUSIC. And it was FUNNN!!!!!!

I'm calling it even now. As in, "Don't Get Mad, Get Even." But that saying's bunk. You cannot have one without the other.

Thank you certainly and emphatically for the power thing, I mean it! You saved our lives, totally.

And: HAPPY BIRTHDAY ahead of time, enjoy your Birthday with Linda tomorrow, BUT, ahem:

GOOD LUCK IN PUTTING YOUR RECORDS (AND MINE, ETC., I SOLD TO YOU) BACK IN ANY KIND OF RECOGNIZABLE ORDER!!!!!!!!

Amy the Audacious, reigning Queen of the Dark Forces of CHAOS.

(Once I started down that Path, forever did it dominate my Destiny…)

PS: Poor Amity has pneumonia! Her brother is a wanker for sure...

Oswego Intrigue I: The Existen...

I'm Not Confused, Yo.

Trying For Fusion (DID)