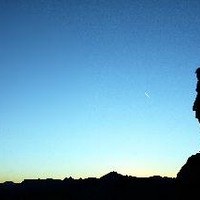 Citing Shindler's List and Saving Private Ryan as tow films of which he is most proud, Spieberg's films-making aegis naturally extends to the material of WAR HORSE. Initially optioning the project as producer after seeing The National Theatre's innovative stage production,Spieberg himself stepped up to direct this strirring story of a boy and his horse strugging to survive the First World War. Hope you like it :D