The Beginning of a Soldier created by shadowknight 10 years ago 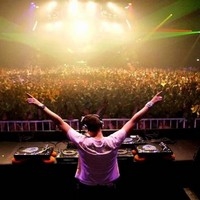 Eli Eversman was just a husband who had just received a baby girl. on Christmas eve, sirens signaled the draft and he was no exception. Eli looked at his wife and promised that he would return alive. over the time spent, 2 years had passed and he continually wrote to his wife. due for Eli's heroic actions during the war, he was promoted to a lieutenant. while receiving a message from a general, a battle had broken outside. he sighs, grabs his gun and joins his men. to be continued....