Gliding Along the Coral Reef created by iamunskilled 11 years ago 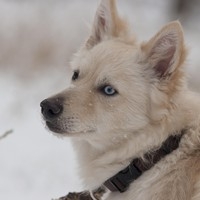 Another "love our planet" song dedicated to Mother Earth. :3

- The oceans occupy nearly 71% of our planet's surface

- The average depth of the ocean is more than 2.5 miles

- Mount Everest (the highest point on the Earth's surface 5.49 miles) is more than 1 mile shorter than the Challenger Deep (the deepest point in the ocean at 6.86 miles)

- The longest continuous mountain chain known to exist in the Universe resides in the ocean at more than 40,000 miles long

- The average temperature of the oceans is 2ºC, about 39ºF

- Water pressure at the deepest point in the ocean is more than 8 tons per square inch, the equivalent of one person trying to hold 50 jumbo jets.

- The Gulf Stream off the Atlantic seaboard of the United States flows at a rate nearly 300 times faster than the typical flow of the Amazon river, the world's largest river

- The color blue is least absorbed by seawater; the same shade of blue is most absorbed by microscopic plants, called phytoplankton, drifting in seawater

- A new form of life, based on chemical energy rather than light energy, resides in deep-sea hydrothermal vents along mid-ocean ridges

- The blue whale, the largest animal on our planet ever (exceeding the size of the greatest dinosaurs) still lives in the ocean; it's heart is the size of a Volkswagen

- The gray whale migrates more than 10,000 miles each year, the longest migration of any mammal

- The Great Barrier Reef, measuring 1,243 miles, is the largest living structure on Earth. It can be seen from the Moon.

From http://www.savethesea.org/ ! I recommend checking it out.

As I Stare out into the Sea,
I can feel the soft oceans breeze
the warmth from the sun
the grass dances with the whistling wind
the ocean is filled with thoughts
and mysteries,
I feel the cool water
the ocean is alive filled with lost souls
washing emotions up onto the shore
My feet sink in the softness of the sand
The ocean is made up of dreams
and achievements,
My mind lies in the heart of the ocean
The rocks are bones
Out in the open the waves settle and
wait for their attack,
I feel as one with the ocean
as the ocean feels like one
with the world.

Soaring Above the Clouds

When Will The Pain Stop

Sun in the Sky

Took My Breath Away

~A Stroll Through the Twisted ...