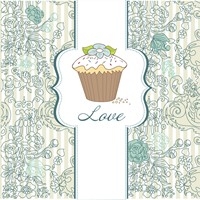 ATTENTION:MUSIC SHAKE COMMUNITY! A FRIEND OF MINE "FLICKERMOUSE WAS ATTACKED RECENTLY! HERE ON MUSIC SHAKE BY A PAIR OF CYBER-BULLIES! FOR OVER 48 HOURS THEY ATTACKED TORTURED AND HARASSED HER NON-STOP. THEY POSTED OVER 600 ATTACKS ON HER IN THAT TIME PERIOD OF 30 PAGES OF PERSONAL INSULTS TAUNTS AND HORRIFIC STATEMENTS!SHE PLEADED WITH THEM TO STOP BUT THE JUST LAUGHED AT HER!TELLING HER THEY ENJOYED HER PAIN! SHE ALSO PLEADED WITH MUSIC SHAKE TO GET THEM TO INTERVENE BUT THEY IGNORED HERE!tHE TWO BULLIES ONCE THEY REALIZED THEY WERE BEING RECORDED TRYED TO HIDE THERE CRIMES BY DELETING ALL THERE COMMENTS!THEY ARE STILL ATTACKING HER THOUGH COVERTLY AND THROUGH INDIRECT WAYS.THEY ARE USING FAKE ACCOUNTS!THEY ARE ALSO ARTIFICIALLY BOOSTING HER SONG TO TRY AND STIR UP HATE IN THE MUSIC SHAKE COMMUNITY AGAINST HERE AMONGST OTHER THINGS!DO NOT BELIEVE ANY OF THE LIES THAT YOU MAY READ THAT THEY POST ABOUT HER!THE TWO BULLIES ARE KNOWN AS 89FORD AND THIENIEN!bUT THEY ALSO HAVE MANY FAKE ACCOUNTS BUT THOSE ARE THEIR MAIN ONES!I AM ASKING FOR YOUR SUPPORT NOW TO HELP ME PUT A END TO THIS KIND OF UGLYNESS! REGARDLESS IF YOU DO NOT LIKE ME OR HER IT DOES NOT MATTER{THOUGH I FAIL TO UNDERSTAND WHY ANYONE WOULD HAVE A REASON TO NOT LIKE HER BECAUSE UNTIL NOW SHE HAS NEVER SAID A UNKIND WORD TO ANYONE!)THE POINT HERE THIS KIND OF SICK DEVIANT BEHAVIOR IS UNACCEPTABLE! NEXT TIME IT COULD BE YOUR DAUGHTER,MOTHER,SISTER OR FRIEND! MUSIC SHAKE HAS FAILED TO DO ANYTHING ABOUT THE ISSUE!I ASK YOU TO WRITE MUSIC SHAKE AND DEMAND THE PUT A STOP TO THIS KIND OF BEHAVIOR ON THERE SIGHT!THESE BULLIES HAVE A PAST RECORD OF THIS KIND OF BEHAVIOR BUT MUSIC SHAKE TURNS A BLIND EYE!I AM NOT TRYING TO PIT FRIEND AGAINST FRIEND HERE! JUST TRYING TO GET PEOPLE TO DO WHATS RIGHT.SO WE CAN ALL ENJOY ARE MUSIC WITHOUT FEAR FROM THOSE THAT FIND JOY IN HURTING OTHER PEOPLE! pLEASE STAND WITH US NOW!I am making "I am making "STOP CYBER BULLIES" avatars like the one I made for Flickermouse above.If you would like one to show your support against internet bullies please let me know!I can put your name on it to personalize it like I did for flickemouse! Thankyou

Well I have decided to leave Music Shake. Which I am quite sure will make some of you happy! I have no desire to stay in a community.That sits back while and innocent girl is Harassed and tortured by a bully and does absolutely nothing to stop it. Not only did you do nothing to stop it most of you jumped in like feeding Parana!Then you sit back and deny all of Fords Mule accounts!Like "Punkitty"! What a Joke first of all its a cat!I like how you think Ford, if you have it go around to everybody repeating its only 10 years old! Then start trashing Flicker! That nobody will say anything! Well I would squash it like the piece of $@$# you are Ford! Your really not very cleaver Dickhead!How many of your mule accounts run around saying the same bullshit! I am only ( years old!Or 10 Or 12.Then repeat it incessantly over and over again! So anybody who calls your mule on your shit! You just scream ooooh big bad man picking on a 9 year old!Well Ford I think you are a 9 year old or at least that,s your age of maturity!Nice try but not only does flicker not go around and attack and talk garbage about people. She sure as hell does not pick on children or use them like tools like you do punk!!I just hope I get the pleasure to meet you in person some day ICON! Your a punk and nothing more.You hide behind the internet to sling your trash and lies!Your a coward that picks on women and manipulates little children! You Ford are a perfect example of everything that is wrong with the world today! My leaving will meet with great applause! So I feel sorry for you as a community,but most of all Flickermouse.

I wish you would change your mind Flicker and come with me!You know that they will never except you and any success you have they will harass you over it!You saw how they treated you after what Ford did to you! Like you were some evil bitch come to destroy Music Shake. just because you chose to stand your ground and defend yourself!I just don't see the benefit in staying here anymore!Hopefully Scorpius will get his stuff cleared up Soon.Last message he said that they were coming to some kind of settlement soon.He has a couple of bitching songs he wants to test out here. Why here is beyond me. Especially for somebody like him. But then again its hard to believe that somebody like him was making music here in the first place after all his musical success! Well have seen stranger things. Anyhow I think there better then Tweekermen. Good luck Flicker I will stop in from time to time to check on you!if you need me email me Take care and good bye! DBL