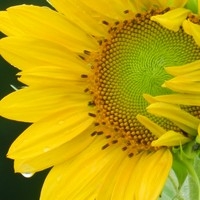 OK, it looks a bit odd with a big empty box at the bottom of my profile so I might as well. My favourite artists include Chemical brothers and Phy.

I am DDJrocks. I only just came along and found out about musicshake. Well it was my Mum who found it. I wanted to start doing music after I went on a school trip and we made some songs on E-jay for schools. When I got home after the trip I tried to download it but apparently the program had been made 10 years ago!!! Anyway, I tried to download a newer version but unfortunately it didn't work but I would of got rid of it anyway since one of my friends got it and said it was rubbish. So my Mum went on a quest to find a descent website which I could make my music on. A few days later she found this and since then I've been in a way, addicted! So everything went swell.

Battle of the Jelly King

A young Boy in the night