U Bout That Life created by iamzyrie 7 years ago 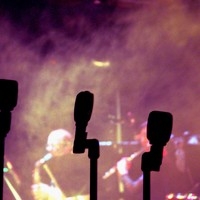 In late May of 2014, I found myself late at night looking for ways to make music online. And i came across a site called Musicshake. That's when my MS career began. I released my first song I Don't Wanna that night, and it peaked 28 on the charts. During that first month, I dominated the 24 hour chart as well as earning my first official MS chart top 10 with "My Journey." I thought i was doing quite good. Then a couple of months later things got bittersweet. I released 2 two 10 hits, "I'mma Knock You Out" and "Butterflies." But then my success got questioned. Many people thought I was boosting. They said I didn't deserve recognition or top chart positions. So I battled back. Then i ended up getting ganged up on by many of Musicshakes top artists. I felt very hurt and offended because i felt no one had respect for me, It hurt that I was insulted and downgraded by Musichake's best. With the exception of one foe (Not Saying Names). But that didn't stop me. I continued to do what I do. Share my talent to the MS community. And i ended up getting numerous hits, including the top 10's "Ain't No Game", "I'm Sorry" and "Invisible." As I started to gain more success I got more recognition, i got more fans, i got more respect, i even squashed some of my biggest MS beefs in the process. But I still got some heat from a few people as well. But then I began to earn even more success when I got 3 top 10's again with "Rock My World", "Heartbreaker" and "Know U Better". I made friends with ccollins. Who is among one of the greatest shakers ever. I thank him because if it wasn't for him, I probably wouldn't be as big as I am. I Took a 2 month break from Musicshake. Then finally in December 2014, my hard work finally paid off. Through all the hate, through all the boosting accusations, i got my first #1 with "Anything With You" which to many people was a Musicshake classic. I was so honored that people took me so seriously, that they loved the song, that they said it was masterpiece. After that I left MS. Musicshake has been good to me for the most part. In my life, I used to feel like a loser, like I wasn't worth anything. All I wanted to do was feel like a winner, feel like I was good at something and Musicshake did that for me. I wanna thank all my It fans for the support over these awesome 2 years. It really meant alot. U guys showed me that i belonged in Musicshake. And now after a long year, I have returned to Musicshake.

This Song "U Bout That Life" is very personal to me. All my life I went to public schools in which there were many gang affiliated students. They always would try to mess with me. They'd come up to me saying " U aint bout that life, you a bitch nigga" But i stood my ground. I told them i would never fear some idiots who choose guns over education. And I proved that being "Bout That Life" doesn't mean gang banging, it means sticking up for yourself and showing others that you will not be pushed around.

So ladies and gentleman, after a long year of waiting, here is my highly anticipated return single to Musicshake. "U Bout That Life"

I Love Your Love

Can't Get Over You