Another Dimension, Pt.2 created by notNick 6 years ago 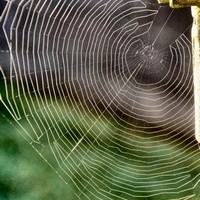 Confused, Jesse asked, "What do you mean I know you"?
The man did not respond for a few moments, and Jesse thought he had left.

"It would appear you can dig up the history of anyone". The man said. "Isn't that right"?

Jesse felt as though he should be surprised, but, did not. The man said he had somewhere he had to be, and went on his way.

That night, Jesse thought about how this man knew him. Where did he know him from?

That night was a, rather, paranoid one for Jesse. The anxiety a tea pot waiting to boil.

The next day, Jesse woke up and went to school.
He was in a bording school, and does not recall ever meeting his parents. All he knew was that his mother left him as a baby, and his father passed away shortly before that.

During one class, Jesse thought he heard the same man again, but in reality it was his teacher.
"Ahem, Jesse, should I repeat myself".
Jesse perked up, "I apologize ma'am".

The whole day, Jesse felt he was being watched. Why couldn't he read that man? He was the only one Jesse ever could not read. He put it on himself to get to the bottom of it.

Somewhere in the Milkyway (Nai...

Under the Plateau (Nails in th...

Thousands of Times (Nails in t...