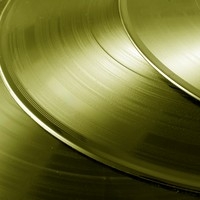 Glam rock is a style of rock and pop music that developed in the UK in the early 1970s, which was performed by singers and musicians who wore outrageous clothes, makeup and hairstyles, particularly platform-soled boots and glitter. The flamboyant costumes and visual styles of glam performers were often camp or androgynous, and have been connected with new views of gender roles. Glam rock visuals peaked during the mid 1970s with artists including T. Rex, David Bowie, Roxy Music, Gary Glitter, Slade, The Sweet(on the picture),Suzi Quatro, The Smokie in the UK and New York Dolls, Lou Reed, Jobriath, Alise Cooper and Kiss in the US. Musically glam rock was very diverse, varying between the simple rock and roll revivalism of figures like Alvin Stardust to the complex art rock of Roxy Music, and can be seen as much as a fashion as a musical sub-genre. Visually it was a mesh of various styles, rock, techno, electronics and even disco. Enjoy, Glam Rock is Back!!!

Don't Know What To Do (Remix)