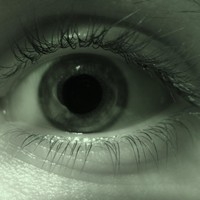 2011: I bump into this site.
It lets me experiment with sounds, even if in the most amateur form, without any judgements or rules at all, when there were no other means for me to chase my passion for music. Soon, I discover that I actually enjoy making music, and that artistry is not this alien thing that everybody around me makes it seem.
2013: I find the courage to start singing lessons.
2014: I experiment with other online music makers.
2015: I start writing songs.
2018: First time I sang my own songs in front of a small crowd.
2019: I find the courage to sign to an acting agency.
2020: I am now an "actor"; but you know, the pandemic happened...
2021: A musician wants to release a song with me.
Now: I have songs for 1 album and 2 EP's + bunch of other songs ready to be released.

The time lapse would be A LOT shorter if I didn't let people around me make me believe that I wasn't "enough", that I "don't have what it takes", that I "will eventually fail & make a fool out of myself", that I "don't deserve to be an artist of any kind", that "they know better for me". But you know, I'm a human + I cared about what the people I loved thought & felt about me.
Though I'm still in the cocoon, I am so grateful and proud of all those beautiful songs that I never thought I could ever write. And the courage that came from my passion for music infected my passion for acting as well + I was on the TV's of those very people who belittled me, in one-on-one scenes with the most famous actors of my country.
You have no idea how unsatisfying it is to see those people's eyes fill with fire when they hear your song & they're very well aware that it's GOOD, when they say "I wasn't expecting this... I didn't know you could write songs like this."... Or when they don't know how to behave, or literally cry out of jealousy, knowing that you had shot a one-on-one scene with the most popular actor in the country just the previous day.
I couldn't care less about hanging around famous actors, being on TV, etc. Most of the time, I didn't even engage with the actors between sets just not to bother them, and I couldn't even watch myself on the screen as it felt super weird. But the reaction of people that I had thought loved me... seeing their true colors, and how afraid they actually were of my potential... That hurt. A lot. My whole identity collapsed. And I wasn't (still am not) even a well-known actor or singer/songwriter - I can't imagine famous artists' struggle with toxic people in their close environment. Or maybe they've enough strength to just brush it off, and it 'hit me hard' because I wasn't "fully built", I wouldn't know.
But it set me free as well. It helped me find myself, and recreate myself (still in the process). I am more grounded, hell I'm super grounded, than I have ever been in my entire life.

It could have been something else, it could have been anything..
But the butterfly in this 'butterfly effect' story (to be continued) is Musicshake.
I could never create 3 conceptual albums, be on TV with those incredibly talented actors, write so many beautiful songs that I love singing, find the courage and will to do some other projects that I'm excited for, or have so many great experiences in different areas of life and meet incredible people...
if Musicshake never sparked my passion.

So thanks SO MUCH to anybody that contributed.
I aspire to make my dreams that this site ignited light all the way up.

All Yours Tonight (Instrumenta...

All Yours Tonight (feat. Vanne...

After Party of the Masquerade ...

Masters of the world