Cannon In D Perfection created by lock_on 14 years ago 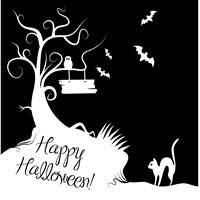 CONSIDER THIS A PREVIEW OF MY REAL SONG!


Hey everyone.  Let me just be straight up, I just simply want to make it to the ladder here, so Favorites and Ratings would do me a great deal, in the little time I have left in this competition.

I hear many people boast that they spent the entire day, or so perfecting the song...That dosn't mean its any good lawlz, just meant u had to think real hard to spill the juice.  Anyways, I spent like 20 minutes on this.  I simply listened to the original template(twice) then added my own, and mixed it up a lil.  Simple, yet not 2common.


I was unsatisfied with the default theme I kept hearing everyone use, ya, I don't like hearing the same thing a thousand times.  So I tried a little variation here, hopefully SOMEONE will listen to this thing.  The rules were that we can't add Parts, so this is very short and not so simple.  I intend on making another, varied version, and release it after the contest, weather I win or not.

Personal(Custum)Ratings:  7.6 (Pretty descent!  For 2 mins 7 secs.
Tracks:  14+Effects(Eh, the default instruments were all used, I just didn't care to use em alone, it would seem too...Common)
Length: Am I really gonna answer this part?..?....

How to Play Lock or Not

Lock or Not, Vocal Riddim

Lock or Not Rock to Pop