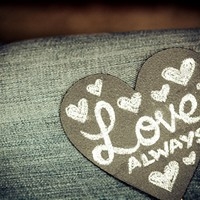 First off,let me say that it has been a long time since I've done anything in this website. Lately, I have been lazy and that's it, but I would go back fiddling with some music once in a while and have finally decided to make music again. Life hasn't been too good since my grandpa recently passed away a few of months ago, so things were complicated. So in order to get some work done, I planned on remaking the first song posted here on Musicshake, but I never had the time to work on it. Until I did, and so, here it is. I really hope you like it and I'll post some more songs as soon as I can.