Jehovah: Day of WRATH~! created by Meirala 5 years ago 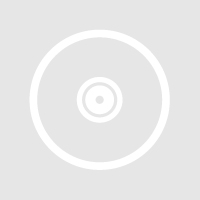 My contribution to the Apocalypse Series, inspired in part by Republicana's part. ~ Meirala.

THE QUESTION IS: IS THE WRATH JEHOVAH'S OR IS HIS PART INVOLVED IN OBVIATING IT?

Quilla's squib:
A series that a group of us decided to do over time on Musicshake... Treating the subject of the End Times, Tribulation, Armageddon, and the promised New System on Earth (and corresponding Kingdom in Heaven ruled by Jesus and the 144,000 Anointed), all directed by Jehovah (in the belief system examined therein) for the Human Race; done in music, to the best of our collective widely varied abilities, and not in precise order as various ones among us treat various topics from that list at different times. This paragraph will be copied and repeated in each song posted by each of us treating of this common theme. Peace out! ~ Quilla and the New Age Musicshakefolk.

To Bridge The Gap

My Friends Cheer Me On...

Anger, Behind You Stands