THE BATTLE OF RAGNAROK created by oeroe2911 9 years ago 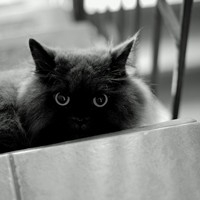 This Epic Rock Song tells the Story of Odin, and the Battle of Ragnarok !

Ragnarok: The end of the World
This would be the battle to end all battles, and was the day that all the Vikings “Einherjar” from Valhalla who had died in battle, would fight side by side with the Aesir against the Jotuns. Balder and Hod returned from the dead, to fight one last time. Odin with his eagle helmet equipped and spear in his hand, would lead the enormous army of all the brave humans to the battleground Vigrid. The Jotuns would together with Hel, and all her dishonorable dead, sail in the ship Naglfar, which was made from the fingernails of all the dead. Sail to the plains of Vigrid, which was the battleground for the last battle. The dragon Nidhug would come flying over the battlefield, and gather as many corpses for his never ending hunger. Odin would be killed by the Fenrir wolf and Thor and the Midgard Serpent will kill each other. Loki will turn on the Aesir, and fight Heimdall, and they will kill each other.
Tyr and the watchdog “Garm” from Hel, will kill each other.
Freyr will be killed by the fire giant named Surt.
Finally Surt will set all the nine worlds, in a flaming inferno and they will sink into the boiling sea.
There was nothing the gods could do to prevent Ragnarok. Odins only comfort was that, he could predict that Ragnarok, would not be the end of the world.

something strange happened in ...